Sara (fictitious name for privacy purposes) came to my office with a terrible rash she had been battling for months. The MDs gave her medications that helped a little; but it just wasn’t going away. As an act of desperation she came to my clinic to see if I could help her condition. After an extensive evaluation, we figured out her lymphatic system was overloaded and her liver was also stressed, according to Chinese medicine differential analysis.

After just 1 treatment combining an advanced acupressure technique that electromagnetically shifts the body’s operating systems along with an advanced acupuncture prescription designed to address the internal imbalances; her rash disappeared for days.

Her follow-up visits included more of the same, as her whole body shifted and became, which she described as, “lighter”. After a few more visits, the rash eventually disappeared completely, and the anxiety that had been haunting her for months - was also gone.

Even though her symptoms are gone, the internal imbalance that caused the problem remains, and she is committed to get THAT part of the problem handled as well.

Sara’s experience is not unusual, however, since she is young her body responded faster than someone 20 or 30 years older with similar problems. The bottom line, you are never too young or old to start doing something different. In my experience practicing natural medicine methods, as long as you are breathing there is hope for an improved quality of life!

Remember, live everyday so your body can: Heal, Mend and Repair! 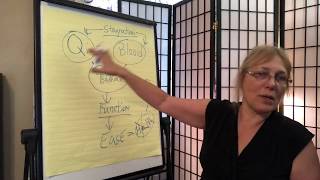 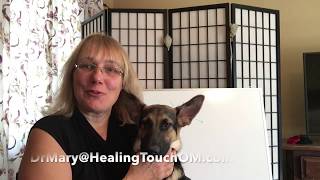